NHS Contract Reform is a very hot topic. In the December issue of Dentistry, Sophie Bracken reported on the key points of a round table debate.

As a part of their ‘In Front’ (IF) marketing campaign, Denplan hosted a day’s discussion. Around the table was a panel of dental practitioners and key opinion leaders. Dr Martin Fallowfield – Head of Professional Relations at Denplan Chaired the meeting and I joined eight other panelists. 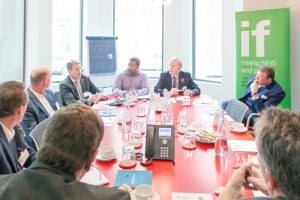 Because contract holders may be forced to re-tender their contract every five years, time limited contracts was a key discussion.

Also on the agenda were budget constraints. Martin Fallowfield started this debate by asking “If the NHS budget fell over the next five years, how would that affect the dental contract value?’

In the January issue of Dentistry, Sophie Bracken will report on how the meeting viewed proposed changes to the current contract. Also, how prototype practices are fairing and how the profession may look in 10 years time

There are no comments.